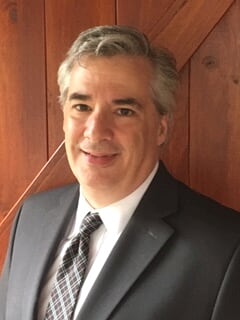 JOSEPH F. RIGA graduated cum laude from Boston College Law School where he was senior editor of the Boston College International and Comparative Law Review. He also received an LL.M. in 1997 from New York University School of Law after his clerkship with the Honorable David A. Scholl, then Chief Bankruptcy Judge for the United States Bankruptcy Court for the Eastern District of Pennsylvania. Mr. Riga’s practice is focused on litigation, commercial and finance law, and bankruptcy law. Mr. Riga has published several articles and book chapters including a comprehensive chapter on Section 547 of the Bankruptcy Code appearing in Queenan, Hendel and Hillinger, Chapter 11 Theory and Practice (LRP Publications). His latest article, State Immunity in Bankruptcy after Seminole Tribe of Florida v. Florida appears in Volume 28, no. 1 of the Seton Hall Law Review. Mr. Riga began his practice with the firm Drinker Biddle & Reath in Philadelphia. He also has been associated with Duane, Morris & Heckscher and Hangley, Aronchick, Segal & Pudlin, also of Philadelphia. Mr. Riga was formerly associated with McDowell Law (then McDowell Riga) and is pleased to be rejoining the firm as of counsel. Mr. Riga is married to Colleen Maher, a fellow Boston College Law School graduate and the Institute Advancement Officer for the Sisters of Mercy of the Americas. They have three children, Kate, Mac (Michael) and Plum (Veronica).

You can email me directly at